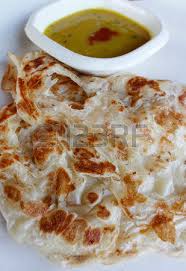 This is an extremely easy dish. And extremely yummy.  The only new trick you  might need to learn is tempering – no, not as in ‘keeping your temper’ but cooking spices in very hot oil and adding them at to the dish at the last moment.  See? Not difficult.

Put about 150ml yellow split peas in a large pan, cover with water and bring to the boil then add 1 teaspoon of ground turmeric and half a teaspoon of ground ginger.  Boil away for about 10 minutes and remove the scum that forms on the top.  Now add one aubergine chopped into 1cm chunks, one chopped onion, five chopped tomatoes, one chopped carrot, a medium sized chopped potato and a medium sized green chilli (chopped). So far so easy.  Add about 500ml of boiling water and then simmer until the vegetables are soft and the whole lots looks a bit like porridge.  If it gets too stiff, add more water bit by bit.  Remember that you are then going to stir in 200ml full fat coconut milk,  so don’t make it too runny before you do this, add some salt to taste and about a tablespoon of tamarind paste.  Actually, add two. It adds a wonderful sourness. Stir it all around.

Now put a couple of tablespoons of oil into a small pan, fry a chopped onion and four or five sliced garlic cloves 1 teaspoon mustard seed, 1 teaspoon cumin seed, 1 chopped green chilli and a little turmeric powder at the end of the frying.  Fry for a couple of minutes then pour it over the dal and stir.  Check your seasoning – you will probably need to add more salt.

For the roti, either use the recipe for flatbread on this blogsite (just ‘search’ flatbread).  Or make flaky roti using 450g plain flour, 1 teaspoon of salt and one teaspoon of sugar – mix the dry ingredients with about 300ml water then knead it (or make in a mixer with a dough hook) and cover and leave to rise in a warm place for at least a couple of hours.  Then grease the work surface with oil and oil your rolling pin.  Take a nugget of dough about the size of a satsuma and roll it out, then continue to stretch it with your hands, rubbing oil into it as you fold over the layers. What I mean by this is as you stretch it out, fold the edges to the middle as you go round.  Then roll and stretch it all out again without folding, making  sure the dough is rolled and stretched into a strip, not a circle, then ‘pleat’ each strip (ie one flatbread) into a much thinner strip (remember I said pleat not plait!).  Then roll this strip into a circle, like a Catherine Wheel,  and finally roll it out agin to form an average sized flatbread.  It sounds a bit complicated but it isnt. You are simply making the dough, letting it prove, breaking off a piece, rolling it out then stretching it into a strip that is longer than it is wide.  Then pleat it so the length has four or five layers and then roll it round from the centre, finally rolling it out into a flatbread shape again.  Cook on a medium heat on a skillet.  You will end up with a fluffy bread that flakes as you eat it.